In the beginning, there were no machines just human or animal power. 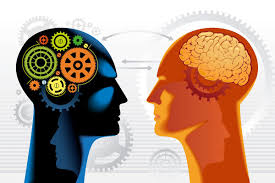 Since the 18th century there have been 3 industrial revolutions. At each revolution machines have become increasingly more prevalent and arguably more useful.

So, what is the role of humans in the constantly evolving machine world and the era of Industry 4.0?

In pre-revolution times, most goods were manufactured by hand or by using harnessed animals. With the exception of crude production machinery like windmills and water wheels, work such as ploughing a field or shaping a stone was mostly limited to what a human or animal could power.

The early 1800’s ushered in mechanical production facilities. Water and steam power were used in factories and railways, which allowed transport of raw materials and finished goods. The birth of factories initiated efficiencies of scale. Small businesses with a few customers became factories with owners, managers and employees servicing a larger than before customer base.

The beginning of the 20th century saw machines using electricity as their main source of power. The volume and ease of distribution of electricity meant mass production was possible – if skilled humans were available to keep the factories running smoothly. Supply chains became faster and more flexible with the advent of the motor car. Early lean manufacturing principles improved production quality and output and humans started collecting and analysing data from the factory floor.

Industry 3.0 was spurred on by advances in the electronics industry in the final decades of the 20th century. Integrating electronics into manufacturing systems (integrated circuits, PLCs) required software to control them. This also fostered the development of software like manufacturing execution systems (MES) and enterprise resource planning (ERP).

Automated collection of machine data and ‘real time’ efficiency metrics were calculated by computers which freed humans to do analysis and problem solving. Industry 3.0 is an important step for any business and without investing in this step it is impossible for businesses to move into Industry 4.0.

The 4th Industrial Revolution heralds the era of smart machines and technologies that can autonomously exchange information, trigger actions and control each other without human intervention.

Businesses face the challenge of embracing smart technologies (such as robotics) and data to drive intelligent actions in the physical world.

As we progressed through the revolutions, human participation evolved from basic muscle power to the increased use of human intelligence.

No matter how clever machines are, the human brain is still the most complex and amazing machine we have. A healthy human brain has virtually unlimited storage and 100 billion neurons. A neuron is a specialised cell that transmits information to other nerve cells and brain information can travel at 400 kms an hour.

Machines are useful and accurate but their best attribute is that they free up humans to use their amazing brains to analyse, solve problems, make decisions and innovate. Struggling to find the right MES?

These 7 things will help take the pain out of choosing the right MES software for your manufacturing business.